One of these kids begged me to take her to the roller rink today. 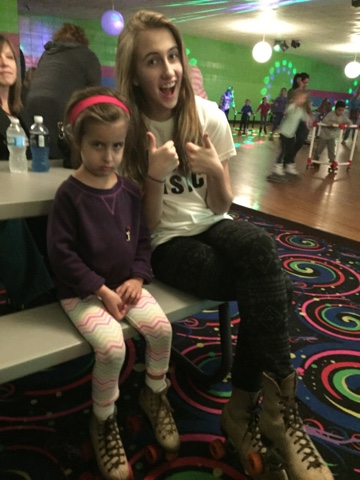 Since Punk had no plans for the day, after a check-in dr. appointment for Rico the guys hung out at the house, while I took the girls out for a spin.

I grew up at the roller rinks in California. I'm one of those adults that can still skate backwards, and cruises around much faster than I probably should. So when Yoda asked if we could get out of the house and go to the roller rink, I was all over it. (After two attempts in the sixth grade Punk swore off roller rinks forever, but Kooka was game to go again.)

Yoda was pretty stoked, because she remembered from last time, that there were "skate helpers". 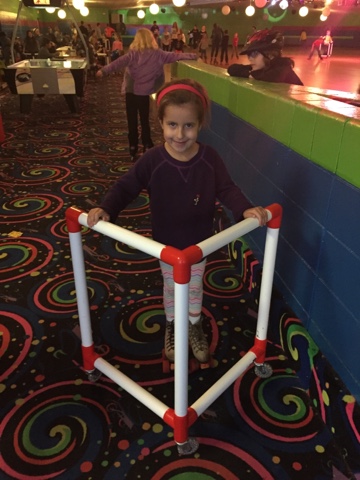 Skate helpers. Ever seen one? These things sound like a great idea, like the perfect way to give your kid the independence they need to learn to skate.
If independence looks like a terrified koala on 19 wheels navigating it's way through a New York City traffic jam, then yeah, I guess it gives your kid "independence."

See that frowny face at the top? That's what one lap with a skate helper will do to you.

You ever help an old lady using a walker across the street? How about an old lady whose walker is balanced on a set of roller blades? What about on old lady with a roller blade walker, on a sheet of oiled glass, while wearing shoes made of raw bacon? Yeah - it was sort of like that. Add to the fact that my protégé's center of gravity is two feet lower than mine, and you have the recipie for blown spinal discs.

As Yoda navigated her way around the skate floor, I was forced to crouch behind her like a hunch-backed giraffe with osteoporosis. The three minutes it took us to get around just once was excruciating. Kooka will be the first to admit that she didn't start out much better. "I might have taken out four small children on that first lap," she said. But blessedly, she never asked me to follow her around with my hands in her armpits at .05 miles per hour. 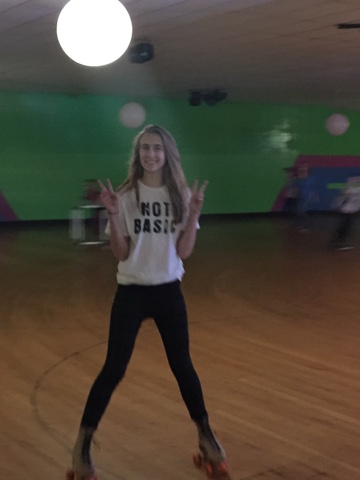 Two hours was enough for all three of us, so we headed home to the guys.

Rico was really excited to crack open a welcome home gift from "Ick and Ruff" - chosen family from Rico's childhood days. It was a crate filled with New York bagels, lox, pastrami, cream cheese, smoked salmon, some Italian cookies and a cinnamon twisty thing that he insisted we were all pronouncing wrong. We probably are, but watching him make fun of us is the most fun we've had all week - skate helper included. 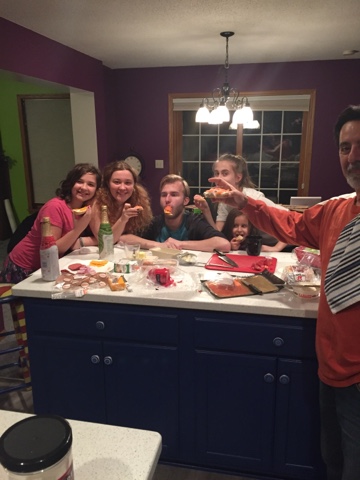 Health update: a few test results have come back negative, a couple of hepatitis results (they are continuing to test for less common strains) and something that you can only contract by petting a rabid wildcat in a Siberian snowstorm. The fevers continue. So does the fatigue. We'll keep hunting, and we appreciate all of the tips and leads you send us. 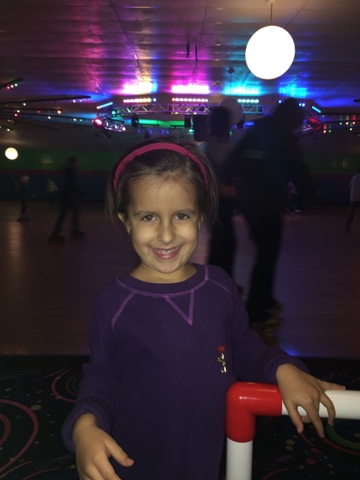 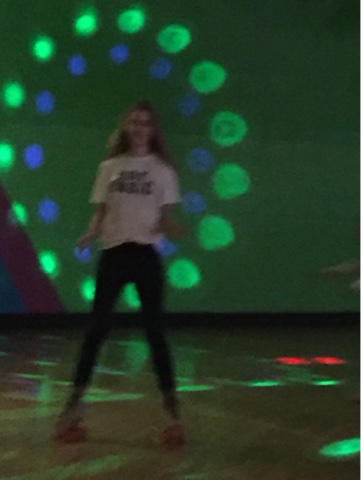 Unknown said…
We're keeping you guys in our prayers, Jana. Please do let us know if we can ever be of help...great to see that you guys are getting out some and Rick is excited by NYC stuff at the house.
December 31, 2015 at 1:43 PM

Treats said…
It's nice to see you've been out of the house/hospital and doing some fun things. Here's to a healthy and less drama-filled 2016! xoxo

Rapp family fun said…
Glad the ladies got out for a few fun hours-or at least tried. Skating looks fun-where did you do that at? Hope you all are keeping your heads up. The grey area in medicine is frustrating to be caught in. Hope the fevers go away and you find some type of answers.
January 2, 2016 at 9:16 AM

20 spots in the US every kid should see -according to Punk, Kooka and Tiny